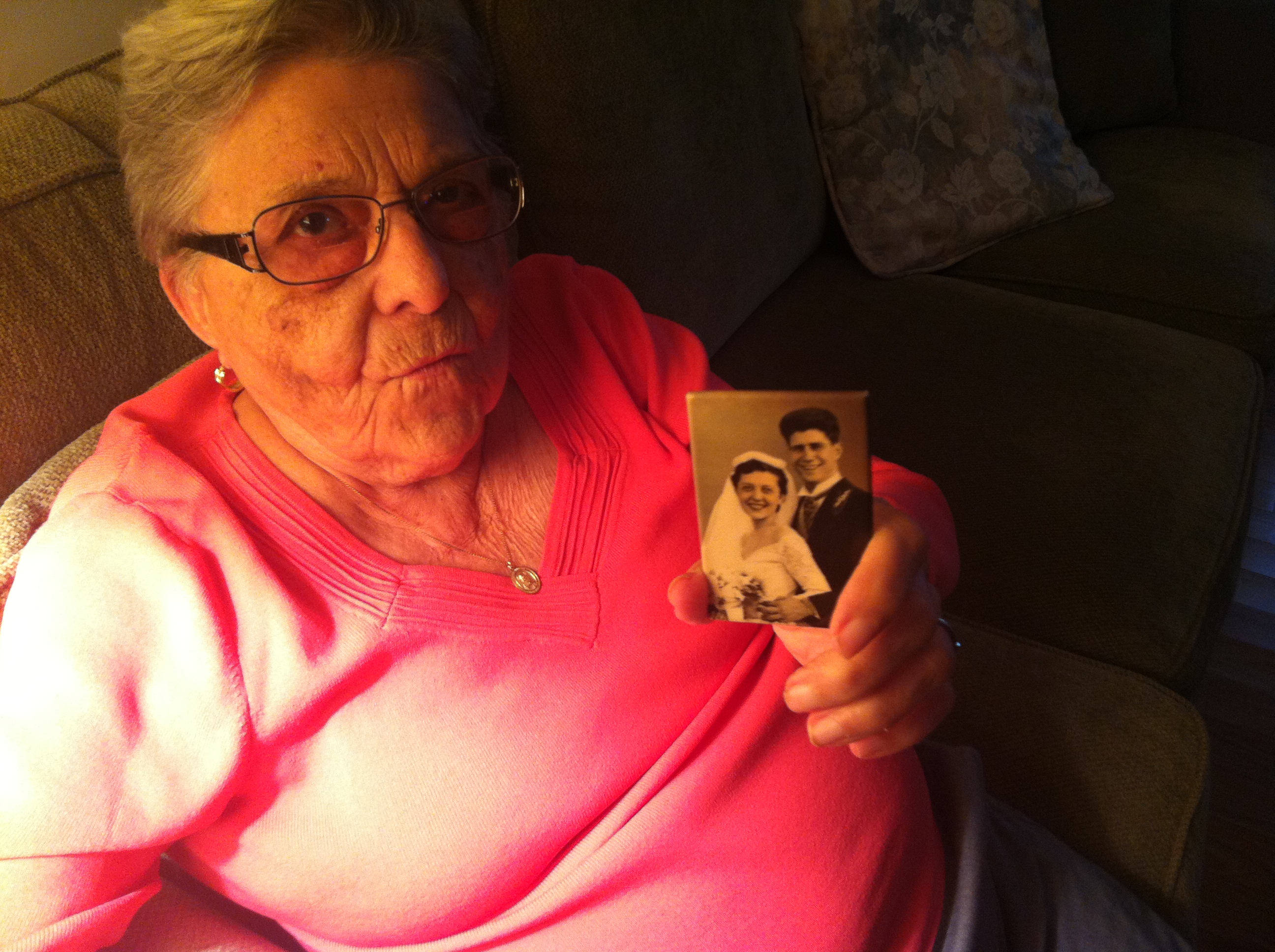 Lillian Marinconz, 82, holding her wedding picture, a day she may not be able to recall.

Lillian and Leo Marinconz have been married for 58 years. They have four children and six grandchildren. But after a lifetime of loving each other, the 82-year-old Lillian sometimes doesn’t know who her husband is.

Lillian Marinconz suffers from dementia. She is one of 5 million Americans who live with a form of Alzheimer’s disease, which is the sixth leading cause of death in the United States according to the Alzheimer’s Association.

But the disease does not affect just its victims; it also changes the lives of their families.

“We been together a long time,” said Leo Marinconz teary-eyed. “And when you get to this point, you miss her.”

That loss has served as a cause for the Marinconzs and their friends to participate in the annual “Queens Walk to End Alzheimer’s” on Sunday, Sept. 29. Their team, “Lil’s kids,” came in second place for fundraising $4,545 in support of the New York Chapter of the Alzheimer’s Association. The organization will use it to provide free programs and support services to others with the illness and caretakers affected by the disease.

The elderly population (60 years and older) living in New York City is about 1.4 million people; representing 17.2 percent of the total city’s population. Queens and Brooklyn are the boroughs with the largest number of residents 60 and over, each accounting for about 30 percent, according to the New York Department of Aging.

While sitting in a green chair in a living room wearing denim jeans and a T-shirt, Leo Marinconz said his wife was diagnosed in May 2005 after she accidently fell down a flight of stairs and hit her head on the floor.

He said she suffered a concussion that required her to be hospitalized for 12 days and a neurologist explained that the fall also might have expedited the progress of the dementia.

Leo Marinconz recalled how often he is tempted to talk with her about something they’ve experiences together, but the disease no longer allows him to bring up the subject.

“We were in Rome for 33 days,” said Leo Marinconz. “You can’t say ‘Lil remember when we were there?’ That’s when it hurts; when you see something and you can’t reminisce.”

Now, he wakes up everyday at 6:30 a.m. to shower and make coffee for himself. Shortly after, he wakes up his wife. He said she is sometimes so confused that she will ask, “Hey! Who’s that in my bed?” as he helps her get up.

Their morning routine includes his changing the pull up adult diapers she wears and helping her clean her dentures. Then he’ll fry some eggs for her breakfast every morning.

Around 9 a.m., a health aid comes to tend to Lillian for a few hours, allowing Leo Marinconz some time to himself. Often, he uses this time to pay bills, catch up on Italian news, or work in his garden.

“That’s a big outlet for me,” he said. “Planting things.”

After the aid leaves at 3 p.m., the Marinconz’s daughter, Diane, often passes by to wash up her mother while her dad prepares dinner. Diane leaves shortly after they eat and the couple watches a bit of TV before going to bed.

Lillian Marinconz is still able to eat on her own and she can walk around the house in search of Leo. However, the family worries that when she stops performing the normal tasks that an individual can do, it will be a possible indication that the disease is progressing.

“I’m still happy that it’s a slow thing and she’s still available to remember a few things,” said Leo Marinconz with a slight smile. “Because I know that someday it’s going to come when she’s not going to know Leo. She’s going to say ‘who are you?